Lexus is about to surprise the world this year at the Detroit Auto Show as they will be launching a new concept car. Contrary to the buzz, it is not the much awaited Lexus IS but rather it is the LF-LC. The said Lexus LF-LC was conceptualized at California design studio. According to an insider, they started working on the design on 2010.  The goal is to explore changes that will be done on Lexus in the future. It is said the vehicles would focus on the driver. In the near future, we will see many changes in the design elements coming from the car manufacturer. Just in case the LF-LC concept receives positive feedback from clients, it will be in production in the coming years. The studio has redefined Lexus with over the top beauty and it is equipped with advanced technology.

The interior is filled with shapes that are covered with leather and wood. It would give the driver a luxury feel because of its leather dashboard, multi function steering wheel and amazing sport seats. 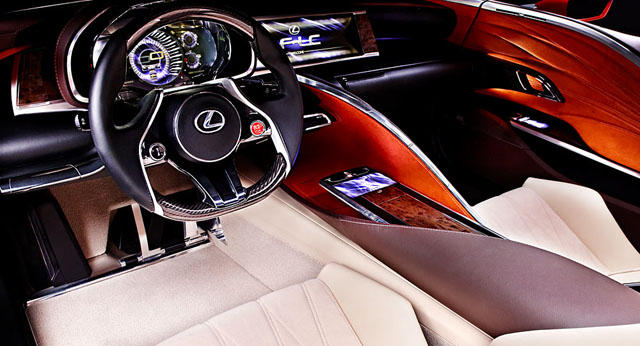 Although the Lexus sports car has is redesigned, it will still remain within reach for average consumers. This is considered to be a new phase for the car manufacturer as it serves as a signal that they would be injecting more feelings on their collection. The said car is taller and longer compared to LFA. It is more a GT coupe than a super car. They are eyeing Aston Martin as a competitor. This Lexus LF-LC is featuring great details. The most obvious is the glass roof that combines a long bonnet and A-pillars.

The front look is a little aggressive as it got the latest nose that was seen in the LF-GH concept. However the grille is a lot more prominent with LED headlights and huge intakes for the brakes. The back of the car was inspired by LFA supercar. It has a pert tail, LED lights and air vents. Overall it resembles the F-22 jet fighter. 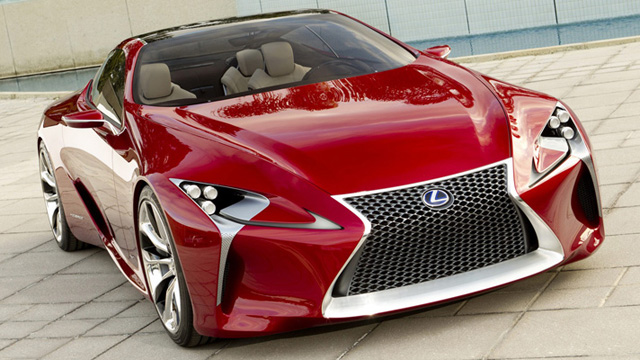 The Lexus LF-LC concept is not deprived of technology. The car has a couple 12.3 inches LCD monitors. One serves as instrument panel and one is found in the dashboard. There is also a control panel that would help drivers perform complicated instructions. The door panels have touch pads to control windows and doors. With regards to the engine, nothing is final yet but for sure it falls on hybrid power train. This latest concept from Lexus embodies the vision of car manufacturer especially with regards to sport coupe. It is something that would showcase the Advanced Lexus Hybrid Drive that focus on performance and efficiency.