In anticipation of the Easter holidays, also returns this Friday the appointment with “The car cinema” and this week we are talking about a truly historic car: the Ford Gran Torino. It’s the model used in the TV series Starsky & Hutch’ 70s and later in a film in 2004. Identified as ‘Zebra 3’, soon became a cult among fans of the series. 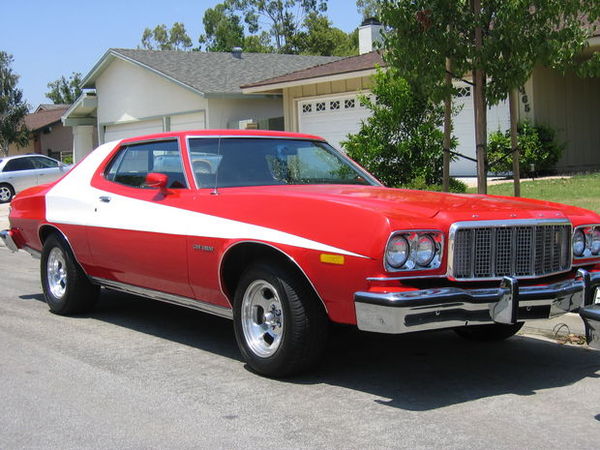 This car was the updating of the Ford Torino (born in 1968, just in the North American market) and was launched in 1972, with an even more aggressive design than the original model. In particular, the main change came in the front, with the introduction of the large grille ‘a fish mouth’. Thanks to the show, the model became famous outside the borders of the United States.

As for the technical part, the Gran Torino was driven exclusively by the 5800 cm3 V8 engine with an output of 165 hp. The engine was coupled to an automatic transmission with three reports, and the car could reach a top speed of 180 km / h, with a consumption of 18 liters of fuel per 100 kilometers. The American company produced the limited edition of 1,000 copies and the production closed in 1976.