The demand for classic cars is at an all-time high according to the New York Daily News. The increase in interest has come through buyers who are interested in shopping for cars to add to their collections rather than viewing the car as an investment which they will soon sell. As a result of the demand, the classic automotive beauties of the world are fetching a pretty penny in addition to being trophies in which their owners take great pride. Getting your hands on the following classics can certainly allow anyone to understand the excitement that classic car enthusiasts feel when they get behind the wheel. Valuations and models for sale can be found on classiccarsforsale.co.uk, but for now, it’s time to whet your appetite!

Originally based on the designs for the Road Runner, the Superbird comes equipped with a Magnum 440, V-8 engine. The power built into this design was meant to take the standards of Nascar at that time and transfer them into a muscle car. Capable of an impressive 375 horsepower, this hard-top dream offered two kinds of upgrades for the muscle-car junkie. Three two-barrel carbs could be installed, or buyers could opt for the 425 horsepower, V-8 Hemi engine, the latter of which is the most valued configuration. The body of the car features an extremely prominent rear spoiler, setting its styling apart from all other vehicles being manufactured at the time. The price for one of these classics has steadily increased over the past ten years. At auction, a well-preserved Superbird can fetch nearly ~£69,000 / $105,000. 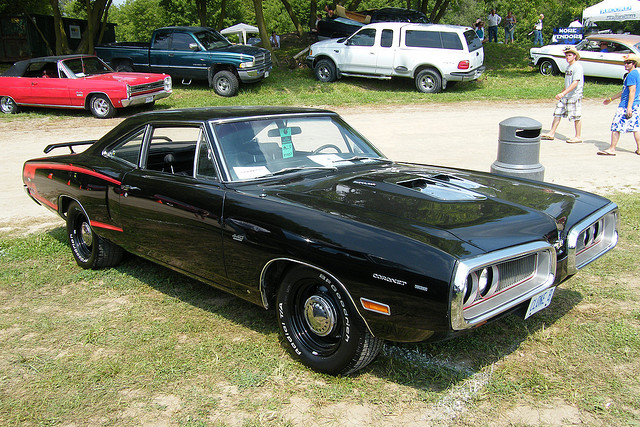 Produced between 1968 and 69,’ this car enjoyed the spotlight in its day and was made famous on “Dukes of Hazard.” The enthusiasm for the Charger has also been revived through its prominent role in feature films such as “The Fast and the Furious.” The exterior design of the car is built to suggest power and prestige. The front grill has a unique design that compliments the hidden headlights. The handling of Charger was unparalleled at the time of manufacture, and the heavy-duty suspension built into the design only adds to the desire of buyers. At the time of its launch, only 37,000 units were released, selling for a mere ~£2,300 / $3,500 a piece. Today, however, a Charger in mint condition will cost nearly ~£112,000 / $170,000.

Whether you have the SS, the Z-28, or the ZL-1, there is little doubt that you have your hands on a classic that is in high demand. Experienced drivers loved this car when it first hit the market because of its power and precise handling. The fact that the brakes are positioned in the front made it intimating to inexperienced drivers, but the seasoned operator could get extraordinary performance out of the 4.9Ltr engine that worked in conjunction with its four-speed, manual gearbox. Racing fans are impressed with its ability to complete the quarter mile in under 14.8 seconds. The ZL-1 model is the most sought after, having the ability to move from 0 to 60 mph in 5.3 seconds. It can hit top speeds of 125 miles per hour with just its factory components. The increase in price for the Camaro Coupe has made leaps and bounds over the years. In 2001, the average price for this car was ~£11,500 / $18,000. Today, buyers can expect to pay closer to ~£60,000 / $91,000. 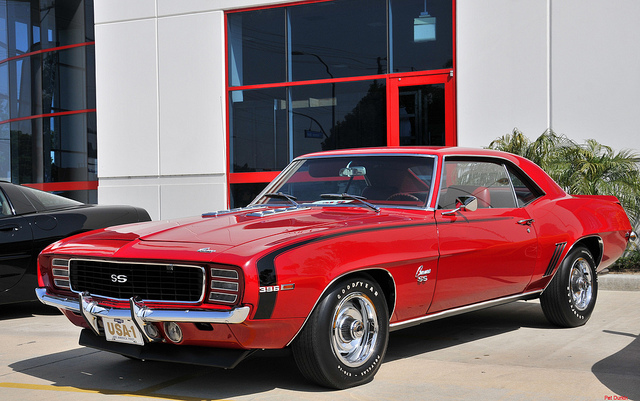 As more and more people are looking for alternative ways to travel, the classic camper has seen something of a revival. Whether it’s a road trip, a festival or a holiday, campervans have become a stylish way of getting from A to B. Aside from their distinctive look, most campervan enthusiasts love the freedom which…