The new model of the German manufacturer will be presented in the next Motor Show of the French capital. Modern appearance and distinctiveness is what the car offers, it will be available at launch with two petrol engines. 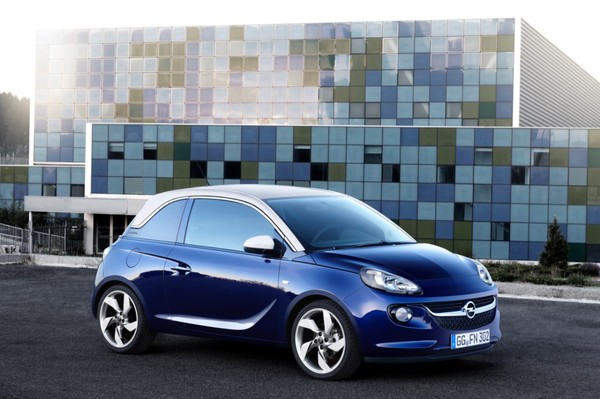 There are still two months to go till the opening, but still the ads of the cars are going to be present at the Paris Salon. One of the novelties will be the Opel Adam, the new city car from the Germans only for customers of the city with great attention to aesthetic. It will be available with two petrol engines with manual transmission at launch, while other combinations will come later. The arrival in dealerships is planned for early 2013.

As mentioned, this car has a sophisticated design with a modern look. Among the distinctive elements are the new chrome bars in the front grille, the styles with the blade shape in the sides and two-tone combinations formed between the body and the roof. Inside, there is plenty of technology space with the new infotainment system that integrates the contents of smartphones (Android and Apple iPhone OS) thus making the app available online.

The two petrol engines that will be available are: a 1.2 liter 70 bhp and a 1.4 liter 100 hp, both associated with a five-speed manual transmission. Later, the city car will debut a version with an automatic transmission and a new generation of small gasoline engines with turbocharging and direct injection to further improve the efficiency and performance. All engines are available with a package that includes the ecoFLEX Start / Stop device.

The original car of Batman and Robin, used in the TV series starring Adam West and Burt Ward, will be sold to the highest bidder in Arizona. In those who have dreamed of being able to go up and take a ride on the Batmobile? From the 19th of January, a rich and lucky fan…