Back to the classic event on Friday, with cars in the cinema. To close 2012 of this section, we take a big step back in time and go back to the 60s. Our car this week is the Citroen DS19 Cabriolet, used in the movie Gattaca, a sci-fi film of success, filmed in the United States in 1997, starring Uma Thurman and Ethan Hawke. 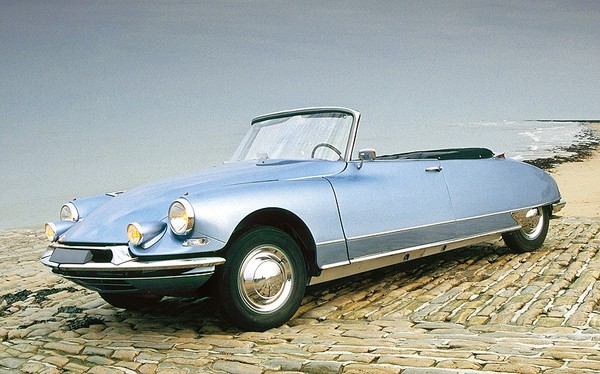 Back to the car: the one used in the movie was built in 1963, although the series for the French had entered into production in 1955, immediately after the presentation at the Paris Salon. The car was extremely successful: despite the launch price of no less than 940,000 French francs (according to Financial Portals), a total of 80,000 orders were received for the DS19. Citroen then also decided to launch the convertible version in 1958.

In addition to the soft top, this version had the car body between two and four-doors. Going back to the engines, initially the Citroen DS19 (including convertibles) was powered by a 1.9 75 bhp, then the power was increased to 83 hp in 1961, reaching a top speed of 150 km / h, definitely a good speed for that time. This car was produced until 1968, when it was replaced by the DS20.

Tesla has made a name for itself as one of the most technologically advanced car manufacturers today and, because of this, it has been able to gain the faith of both consumers and investors. However, it seems that this faith would be tested now that Tesla has revealed that several of its Model S self-driving…