A phenomenon which, unfortunately, is growing in recent years, is to meet some motorist in the wrong way, even on highways or freeways that have four lanes. It is a huge risk for everyone, which can lead to serious accidents and fatalities. Mercedes has thus developed a new care system to warn the driver, if there is somebody coming on the wrong direction towards the driver. 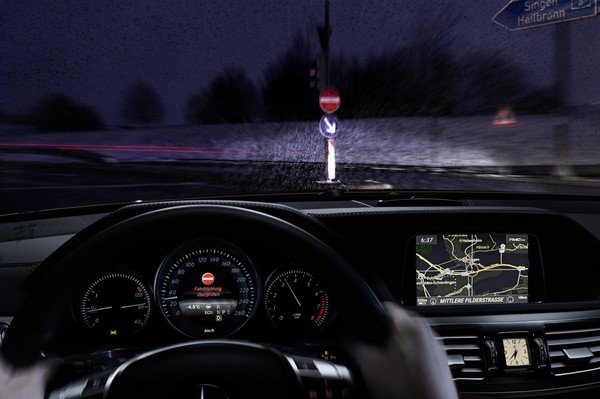 This system is consisted of a camera placed inside of the windscreen, able to identify at the optical level signals of prohibition and transferring related information to the on-board electronic computer. When it detects an input on a highway or a road against traffic, the Real Life Safety warns the driver with three acoustic warnings and the display shows a red symbol of prohibitions.

“A tool that can reduce the risks of driving on Mercedes-Benz represents a further step forward in the Intelligent Drive,” said Thomas Weber, one of the leaders of the company of Stuttgart. This new security device will make its debut as early as 2013 with the new Mercedes S-Class and E-Class