The British company has renewed its SUV with new technical and aesthetic characteristics. It  comes with a new petrol engine with 240 hp and 825 Watt audio system with 17 speakers. 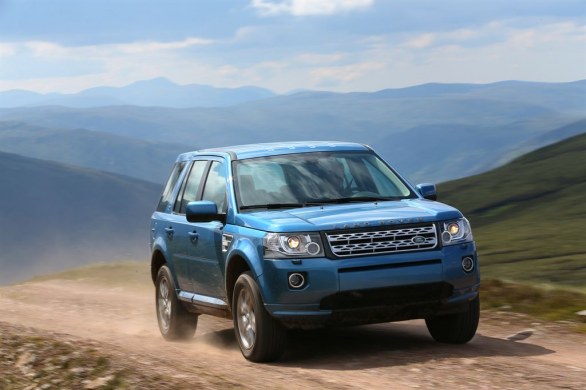 Land Rover unveiled the 2013 update of the Freelander 2, which has been awarded with five stars by Euro NCAP for safety. The SUV of the British company has been updated with new features in the exterior design; it has more colors available, improved equipment and it has a major new technical level: as well it comes with a new petrol engine with reduced emissions and fuel consumption.

The engine is a four-cylinder Si4 turbocharged petrol with 240 hp and 340 Nm of torque, which replaces the SI6 six-cylinder version of the past. It is basically the same engine fitted to the Range Rover Evoque, characterized by low weight and which produces an output greater than dell’Si6, albeit with reduced fuel consumption and CO2 emissions of less than 14%, with a value of 224 g / km . However, the two diesel engines have been confirmed.

Turning to the aesthetic side, the Freelander 2 was introduced with light clusters (front and rear) with LED technology and there are new 17 inches alloy wheels. Among the comfort features, we found the new 7 -inch colored touch screen, the air conditioner which is programmable for seven days, the back-up camera and the Surround System from

A Ferrari 458 GT3 was caught while testing on the track at Adria while engaged in the texts for the upcoming season. Commissioning archive with good results was the season of 2012, Ferrari is working on some upgrades for vehicles that will be deployed on the track next year, including the renewed Ferrari 458 GT3…