The prototype of the Japanese brand will be presented in the motor show of the French capital, but we are already thinking in the mass production of 2014. It will have an electric motor with high performance and 160 km of autonomy. 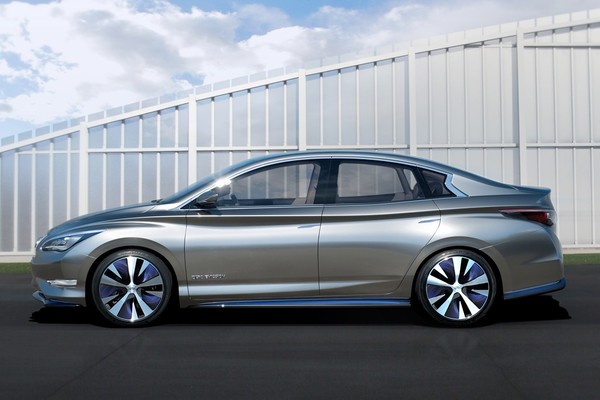 The Paris Motor Show 2012 (September 29 to October 14) will be a festival packed with new features and one of them is also coming from Infiniti, with the exposure of LE Concept. It’s the 100% electric Nissan’s luxury brand, with a completely new design and an electric motor with high performance. It is a prototype, but there are already plans to turn it into a production model, probably in 2014.

In front we can note the classical double-arch grille, but with the addition of an input for a hidden recharging below the center illuminates the emblem Infiniti. The LED lights on the front and on the back recall the design of the latest concept cars of Infiniti, as well as the rear pillar and the muscular half-moon line of the hips. The interiors are luxurious with instrumentation and connectivity to the next generation.

The LE Concept is powered by an electric motor, with a high-performance of 100 kW (134 hp) and torque of 325 Nm, with a range of about 160 km. The battery, placed under the floor is a proven laminated lithium-ion (Li-ion) of 24 kWh, with a quick ChaDeMo DC50kW charging device able to charge 80% of the battery in 30 minutes.

The auto industry went down to Manhattan to attend the biggest car show in America last week. There were a number of new models that graced the 2015 New York International Auto Show. All of which were amazing, jaw-dropping and truly drool worthy. Of course, there were those that really stood out as they embody…