The new Ford S-Max debuted at the Frankfurt Motor Show 2013, held from 12th September, as a concept car. Waiting at the dealership in the final version of the first half of 2014, the new Ford S-Max Concept embodies several innovations of the future Ford range. 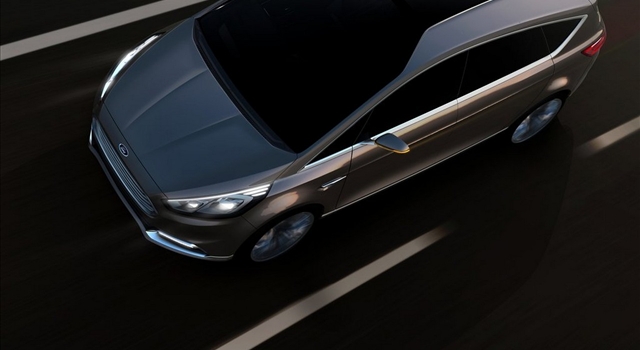 Waiting to touch it at the Frankfurt Motor Show the new Ford S-Max Concept shows a design that attracts customers who need a spacious car but still want a sporty image. Among the most interesting debuts is the new headlight with Organic LED technology with an innovative glass roof.

Although this is a concept, the Ford S-Max waiting at the German event anticipates many solutions coming on the production model. The interior of the new S-Max offers a great feeling of spaio perceived thanks to the generous greenhouse and the design of the dashboard and seats. Also available in a 7-seater version, the new Ford S-Max features the Sync with MyFord Touch multimedia system which can provide wi-fi connectivity to the devices of the passengers, be controlled by voice and offers new features such as ECG Heart Rate Monitoring Seat, able to control cardiac activity and make emergency calls in case of danger.

The displayed concept at the Frankfurt Motor Show 2013 will be combined with the 1.5 EcoBoost engine from 178 hp and 240 Nm of torque, engine ready to debut in Europe under the hood of the Ford Mondeo. The transmission of the new Ford S-Max is entrusted to the automatic Powershift transmission, which is controlled through the control on the center console.

Naturally, if you want your car to run smoothly and last for a longer time, it’s a must that you keep its engine in pristine condition. After all, it’s the life and soul of your precious vehicle. Without it, your automobile will be a useless tin. To help you maximize your car’s engine, here are…