The French company has released the first official details and pictures of the open-air version of the smallest car of the DS line. It comes with a customizable convertible top which can be operated electronically to 120 km / h. 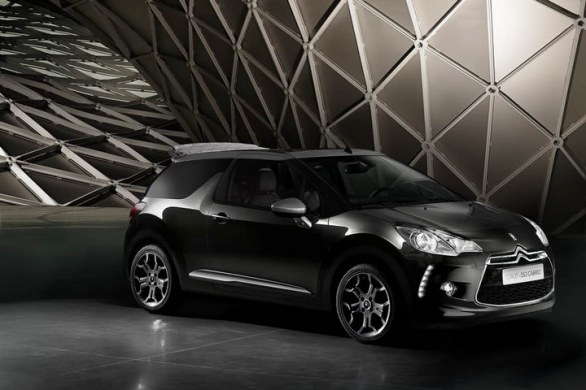 A little less than a month from the Paris Motor Show (September 29 to October 14), where it will be exposed, Citroen reveals the first information and the official photos of the new Convertible DS3. After the great success of the smallest car of the DS line, the trans-alpine house decided to make the version in the open air with a roof that can be operated electronically to 120 km / h. The car will be produced and will be marketed in France since the beginning of 2013.

3.95 m long, 1.71 wide and 1.46 high, the convertible retains a line similar to the sedan from which it derives, with an upright shape of a ‘shark fin’ and LED headlights in the front, while the rear headlights are 3D LED. The French company is focusing on the suitability of the car with 5 seats and the largest boot in its class, with a capacity of 245 liters and a circular tailgate translation to open it in tight spaces.

The most important novelty, of course, is the soft top, which can be opened in three positions, (intermediate, horizontal or full). With three available customizations (Black, Blue and Grey Infiniti Moondust) and a roof that closes in just 16 seconds. Yet, there have not been revealed any engines and technical data, with the only news on the proposal for a version with emissions of 99 g / km of CO2.

Citroen has launched a new special edition of the compact C1, the Vanity Fair 10. It was designed to celebrate the tenth anniversary of…