Most of us like a drink and almost all of us manage to enjoy the odd tipple without ending up in hospital, in jail or alienated from our friends and family.

There are, however, some among us who aren’t so fortunate and for these people, having a drink comes with a heavy cost – to themselves and to the country. Here are some sobering statistics about the downside of alcohol in the UK.

Around nine million people in England drink more than the recommended weekly limit of 14 units of alcohol. UK-wide, alcohol contributes to almost 9,000 extra deaths and it also makes up 10% of the country’s disease and death burden, putting it on a par with smoking and obesity.

In England, the financial cost of alcohol-related car & road taffic accidents , crimes and disease costs £21 billion a year, with the NHS spending £3.5 billion of this.

Imposing a minimum price per unit of 50p would help to reduce health problems, hospital admissions and crime, as well as lost work days.

Alcohol is implicated in more than 60 medical conditions, including high blood pressure, cirrhosis of the liver, several types of cancer, and depression.

In England and Wales, 63% of all alcohol-related deaths (2012) were caused by liver disease and this is among a handful of premature death-causing diseases that are actually rising. Deaths from liver disease have increased by 20% in a decade. 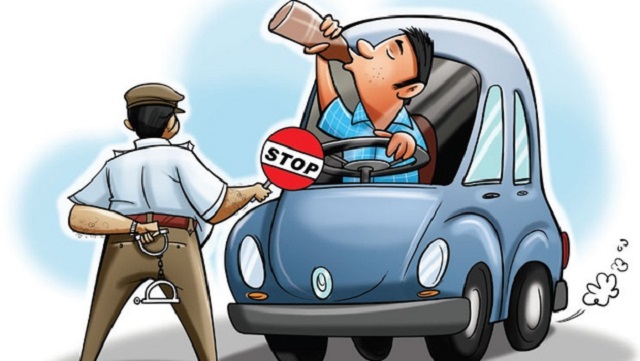 Alcohol-related crime costs the UK between £8 billion and £13 billion a year, with more than two thirds of reported violent incidents happening at night. In 2013, there were 8,270 people involved in drink driving accidents, with 240 deaths and 1,100 life-changing injuries. While the lawyers at companies like drinkdrivesolicitor.com can sometimes help to mitigate the legal consequences of drink driving or prevent convictions completely, it is something that should be avoided at all costs.

According to an NHS estimate, around 9% of male adults in the UK show some signs of alcohol dependence; for women the figure is 4%. However, only 1% of alcohol-dependent people seek help.

Almost 81,000 people started treatment for alcohol in England in 2014-14 and treatments are around 60% successful. For every £1 spent on specialist treatment, £5 is saved on crime, welfare and health.

Older people drink much more frequently than younger age groups – just 4% of 25-44 year olds drank every day compared to 13% of the 65+ group. However, younger people tend to drink more heavily on any single occasion than older people.

While drinking can be fun, it’s always best to drink responsibly so that these statistics can improve year on year.

In America they are more common in our part of the city car, we're talking about the pick-up, a sort of off-road dump born to load everything and run around in the endless landscapes with stars and stripes. These include the Ford F-150 Raptor, which is definitely one of the bad guys, but someone is…