We are speaking about the car of the American company which was used in the second episode of the saga of Harry Potter, called the ‘Chamber of Secrets’. There were produced over a million copies, until 1967. 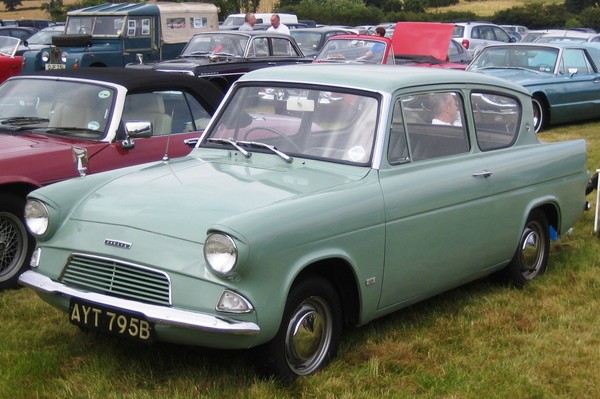 From Sunday to Sunday we opt for a new appointment with our section drive concerning the cinema. This week we go back to the late 50s and we talk about the Ford Anglia. A car that was built for 27 years and used in one of the most successful films of this century: Harry Potter. In particular, in the second episode (called ‘Chamber of Secrets’) of the saga of the young wizard of Hogwarts.

The model used in the film is an Anglia 105E, which is the final version of this car which, for the occasion, was magically elongated and could fly, after becoming invisible. Turning the car as standard, while the Anglia was produced from 1940 to 1967, this particular model came on the streets in1959. It was immediately great success, as it sold 1,288,956 copies well.

At a technical level, the car of the American home was powered by a four-cylinder of 997 cm3, mated to a four-speed synchronization. Regarding its performance, if we think of those cars nowadays they would not be on the front-page: 118 km / h top speed and acceleration 0-100 in 26.9 seconds well. The production of the car was finished in 1967, when it gave its place to the Ford Escort.