The transporting commercial vehicle is available with five or seven seats plus it comes with gasoline or diesel. The car will go on sale in Europe in the second half of 2013. 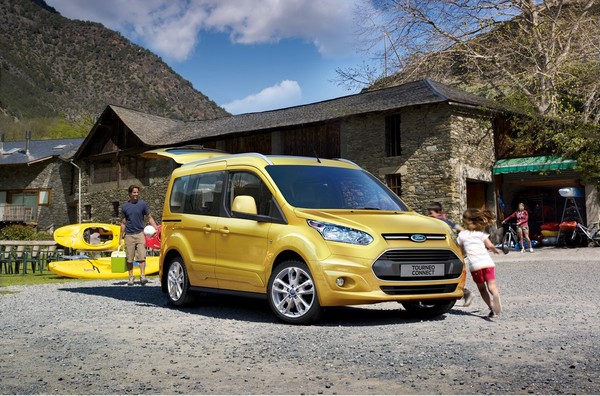 On the eve of the release of the Paris Motor Show in 2012, it continued the succession of novelties in the transalpine shows in the highly anticipated event: it was the turn of the new Ford Tourneo Connect. The car will be available in five or seven seats, the transporting commercial vehicle is forwarded with a new style and an increase in the on-board technology. The car will arrive in Europe in the second half of 2013. Ford Tourneo has older models that justify the power of this van and a range of price is professionally presented at www.motors.co.uk

Among the design elements you can see the distinctive trapezoidal front grille, the sleek silhouette and the headlights with the sharp profile and vertical tail lamps. The American company has paid particular attention to the interior design, with the panoramic roof to brighten the interior. As mentioned, there is an increased safety technology with a back-up camera on board, the Active City Stop and an adaptive light for the interior curves.

The range of engines for Europe includes: the engine Duratorq TDCi 1.6, 75, 95 and 115 horses, or the 1.0 EcoBoost petrol, recently named “Engine of the Year 2012.” Furthermore, it includes a 1.6 EcoBoost engine, mated to a 6-speed automatic transmission. All these engines are equipped with Start & Stop system in order to reduce consumption and emissions.

In recent years, the technology applied to the car world has made ​​great strides, not only on the cars belonging to premium brands, but also with regard to the generalist builders, as the latest futuristic devices fitted on some prototypes signed Ford. The comapny of the blue oval has presented a special Ford S -max…