The German hybrid sedan is renewed with big news regarding the engine: instead of an ‘old’ eight-cylinder, there is now a six-cylinder TwinPower Turbo. You c earn 14% in fuel consumption compared to the conventional engine. 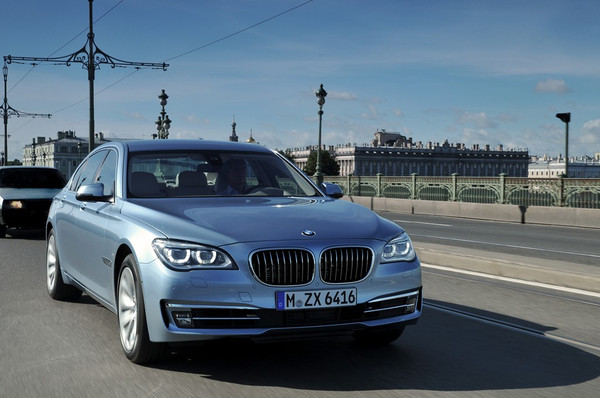 As part of the redesign of the BMW 7 Series comes the second generation of the BMW, the ActiveHybrid 7. And the hybrid luxury sedan from the Germans comes with attention to the environment by reducing the fuel consumption and the emissions. If the aesthetic updates are similar across the spectrum, the real news engine-wise: in place of the eight cylinders of the past now is the new straight-six.

The aesthetic restyling features new LED headlamps and integrated turn signal indicator in the lower section of the mirror. The interior however, has new leather seats and a new multifunction display to monitor the status of the car and a new. It has a more powerful sound system, whereby you can have a better car’s acoustics.

Returning to the motors, the gasoline engine is the six-cylinder BMW TwinPower Turbo with 320 hp, coupled to a high performance lithium ion battery, located in the trunk. The total power consumption of the sedan is 354 hp with a maximum torque of 500 Nm and it is combined with an eight-speed automatic gearbox. The car accelerates from 0 to 100 km / h in 5.7 seconds to reach 250 km / h. In terms of consumption, there is a saving of 14% compared to the previous conventional engines.

Of particular people, not to say strange, the world is full, we know. And that when we came across these days, we are proposing today, really incredible. Un'automobilista Russian (yes even you ask them), after being stopped at a roadblock, two patrols of local police, seeking in every way, but really in all, groped to…