Even Rolls-Royce has had elapsed sports, although these are lost in the early days of motoring. During the Belle Epoque of pioneering motor, a Rolls-Royce Silver Ghost – produced between 1907 and 1926 – triumphed at the prestigious Austrian Alpine Trials, a competition that can be considered the progenitor of the current rally. From Alpine Eagle (Aquila the Alps), a nickname that was given to the Ghost of a century ago, today the artisans at Goodwood have dusted off this glorious sporting past for the realization, of course, in limited series, a special edition of the Rolls-Royce Ghost, which will be presented in the coming days at the Shanghai Motor Show and is scheduled from Sunday 21 to Monday, April 19. 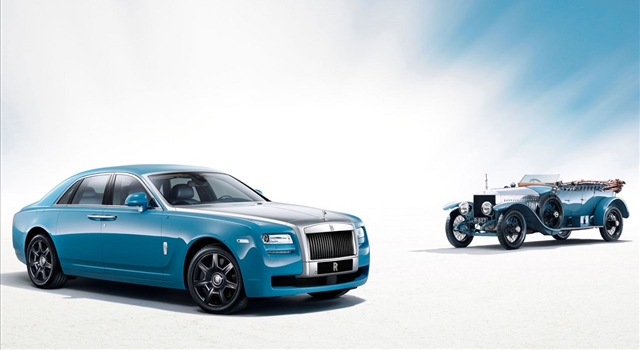 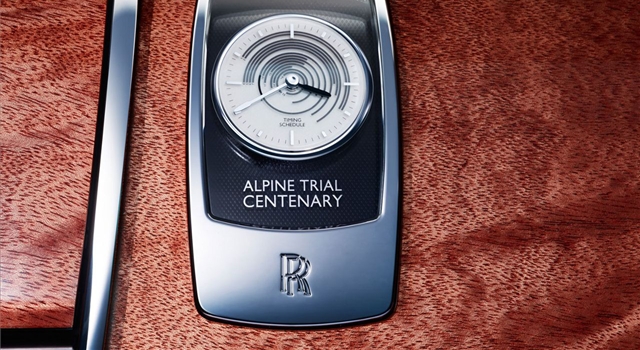 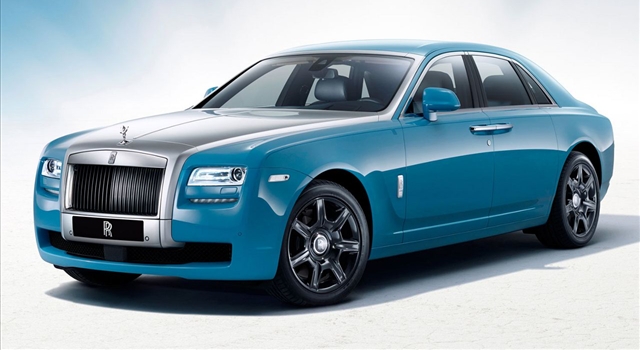 The Ghost Alpine Trial Centenary Collection – This is the name given to the special edition – celebrating, in fact, the first 100 years of the prestigious sporting victory of 1913 (and  interestingly it is in addition to other celebrations expectations in Shanghai, 2013: 50 years of Porsche 911 and Lamborghini). The aesthetic connotation (made entirely by hand) is faithful in all respects to that of the Ghost Alpine Eagle in 1913: the same shade of blue to the car body, while the bonnet is stored in plain metal and – for the first fruits absolute Rolls! – There is a Greek temple in the grille painted black, the same color choice goes for the rims. Changes made to the passenger compartment revealed an exclusive watch from the dial on the dashboard that mimics sector times in the Alpine Trial of 1913 and, always on the dashboard as well as picnic tables to rear elevation profile of the race the entire Austrian 100 years ago.

The Rolls-Royce Ghost Alpine Trial Centenary Edition is, therefore, a whim that will be reserved for the wealthy few, but at least we can see it on the road. After the premiere at the Shanghai Motor Show, this special series will be involved in historical re-enactment of the Austrian Alpine Trial 1913 classic regularity for historic cars scheduled June the 14th  to the 29th : a Grand Tour (the most competitive tourist, along the lines of the first rally a hundred years ago), which will be attended by about forty Rolls-Royce on a path that will cross from Vienna Austria, Slovenia, Italy (where on June the 21st , in Riva del Garda, is fixed a meeting with members of the Rolls- Royce Enthusiasts Club for a mega rally involving over a hundred Rolls) and Croatia, will end in Vienna on the 29th.

The new Infiniti Q50 is preparing its debut. In the past few hours, the luxury brand of Nissan has released new official images and…