Someone actually purchased a gold car and actually this person is famous rapper named Tyga. It is short for Thank You God Always. He spent roughly $200K to turn the Audi R8 into a gold chrome one. Aside from the midas touch paint job, he also added 20 inch rims which is a bit too flashy for something that is classic. As a result, he looked like an over conceived villain from a James Bond film. After all that has been said the Gold Chrome Audi R8 has a certain charm to it and this remains as a classic car painted with gold. Tyga sought the help of Roadstar Motorsport in order to create this car. At a first glance, it looks like a vinyl wrap but after seeing the whole thing, it is an actual paint. The car is very impressive and it might be too loud for other people. 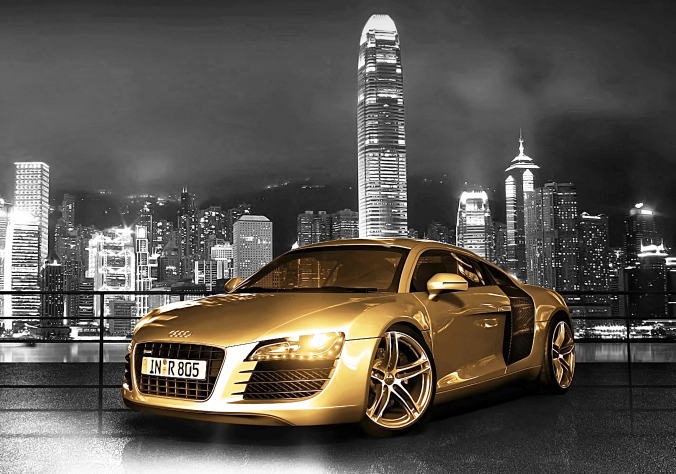 A lot of people are taking chances with their cars and this is what the rapper did and he got a lot of attention from it. In fact he was featured in several magazines. The 20 inch wheels are painted with matte black. Some would like to see more creativity in this aspect. As we all know super cars are rare kind of car. They have the power to turn the heads of even those guys who are not car enthusiasts. Definitely the Audi R8 of Tyga accomplishes that target. It is something that distinguishes the past from the present super cars. Audi R8 is offering great performance without sacrificing anything. 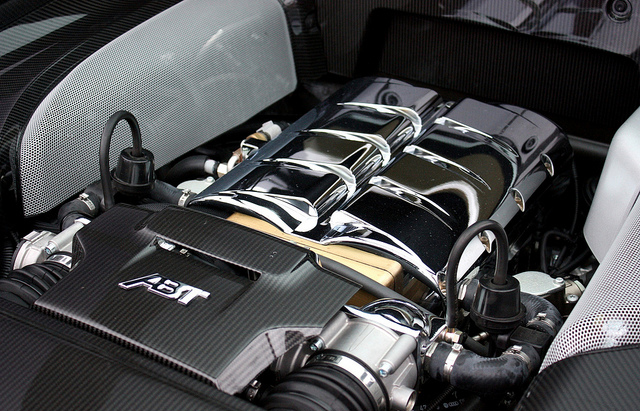 Pretty much it is pretty easy to drive. You will be aided with the right amount of steering and a comfortable quality ride. It has comfortable seats so you can drive it every day. One can take advantage of the traction coming from all the wheel drive. The effortless nature is said to be great compared to its other competitors in the market. This is helpful especially if you will be driving on wet roads. Even if the R8 has some drawbacks, it shines brightly compared to other exotic cars like Lamborghini Gallardo, Ferrari 458 Italia and Aston Martin V8 Vantage. 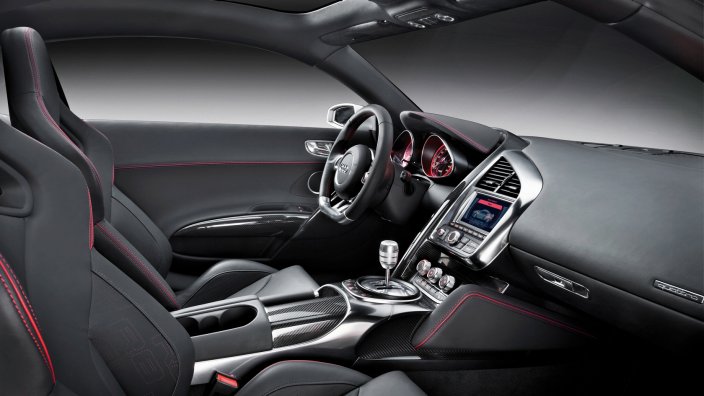 This exotic supercar is a two-seater that is available in various trim levels. The standard equipment includes 19 inch wheels, a cruise control, xenon headlights, an automatic climate control, leather upholstery, an auto dim rearview mirror, a seven speaker sound system, an audio jack and a satellite radio. For just a couple of thousand of dollars, you would have a convenience package like: parking sensors, rearview camera, interior storage, Led headlight, leather interior seats, navigation system, speakers and an iPod provision. The R8 can go from 0 to 60 mph in just 4.5 seconds. With regards to safety, it features several equipments like side airbags, parking sensors, rearview camera, and anti lock disc brakes.

Just came on the market a new version of the Alfa Romeo Giulietta which is the Business Edition. As it can be easily inferred from the name, the car is dedicated to customers using the car as a tool for daily work and therefore it has a budget of more than optional. The car is…