The Tata Nano makes the dream of owning a car inexpensive. The MSRP of the Nano is the lowest in the world at 150,000 rupees or $2,700US. 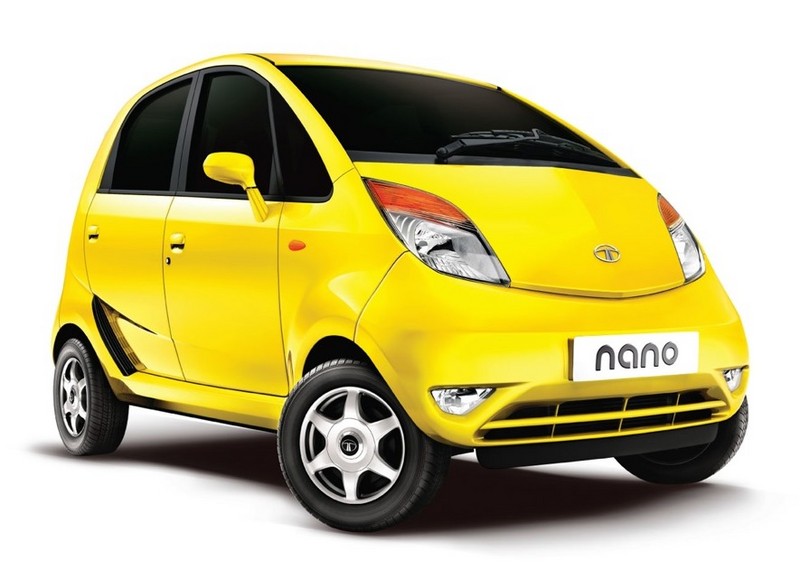 Tata powers the Nano with a two cylinder 624 cubic centimeter engine producing 37 horsepower and 38 lb-ft. of torque. The engine sits in the rear and powers the rear wheels. The acceleration is surprising; as the Nano goes from zero to 60 mph in eight seconds and will climb to 65 mph at top speed. The small car gets 55 mpg. Tata equipped the Nano with 12 inch wheels carrying 135/70 R12 tires on the front and 155/65 R12 tires on the rear. Power is delivered through a four speed, synchromesh transmission. The Nano weighs 1,300 pounds. The Nano uses independent McPherson struts on the front and coil springs on the rear with disc brakes on the front and drum brakes on the rear. It has a mechanical rack and pinion steering system that will turn the car around in a little over 17 feet. The car has a ground clearance of 7.1 inches 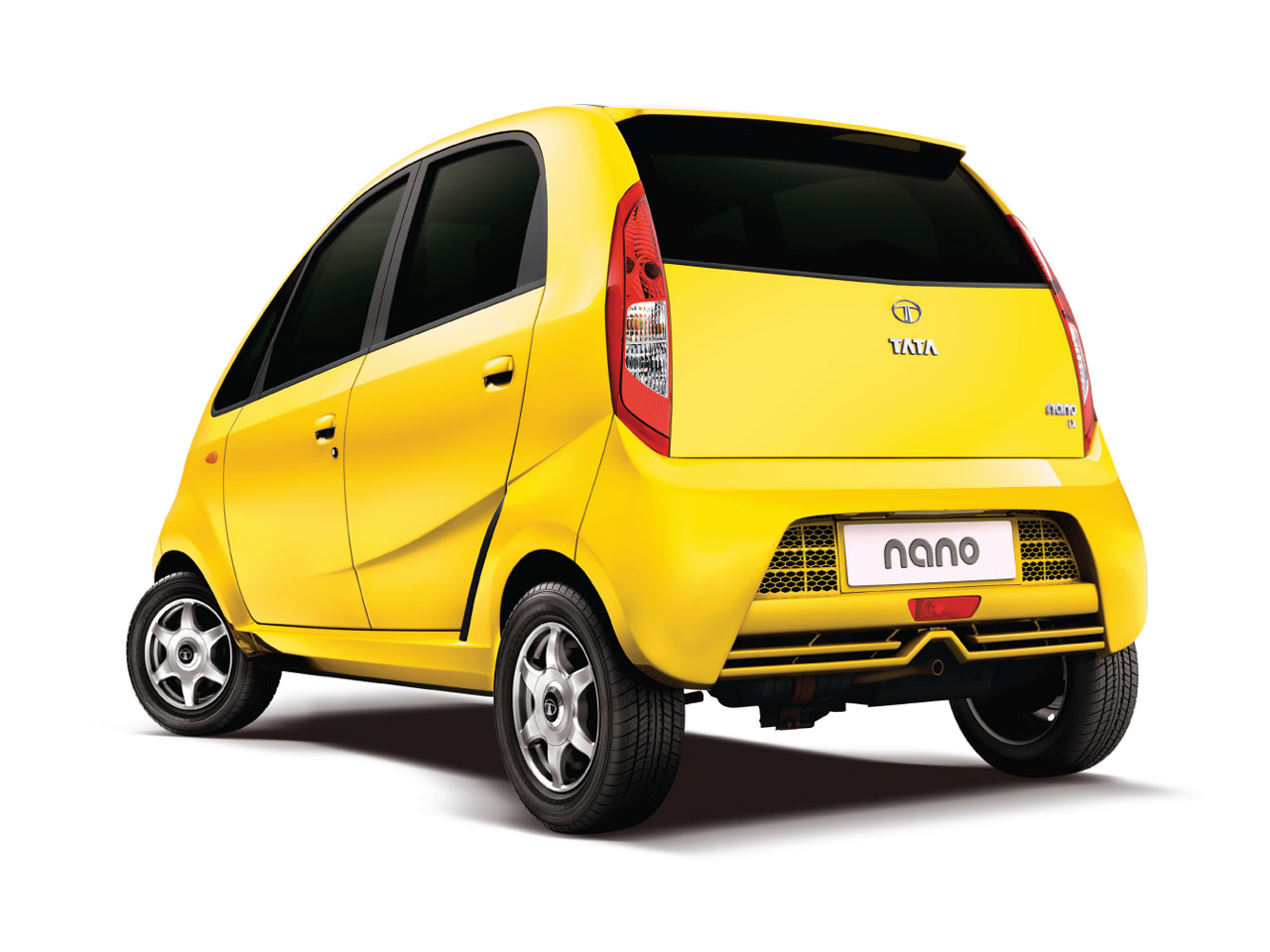 In its history, the Nano has received the 2010 Business Standard Motoring Indian car of the year, the 2010 Edison Award, The 2010 Bloomberg UTV Autocar of the year award and the 2010 Good Design Award. 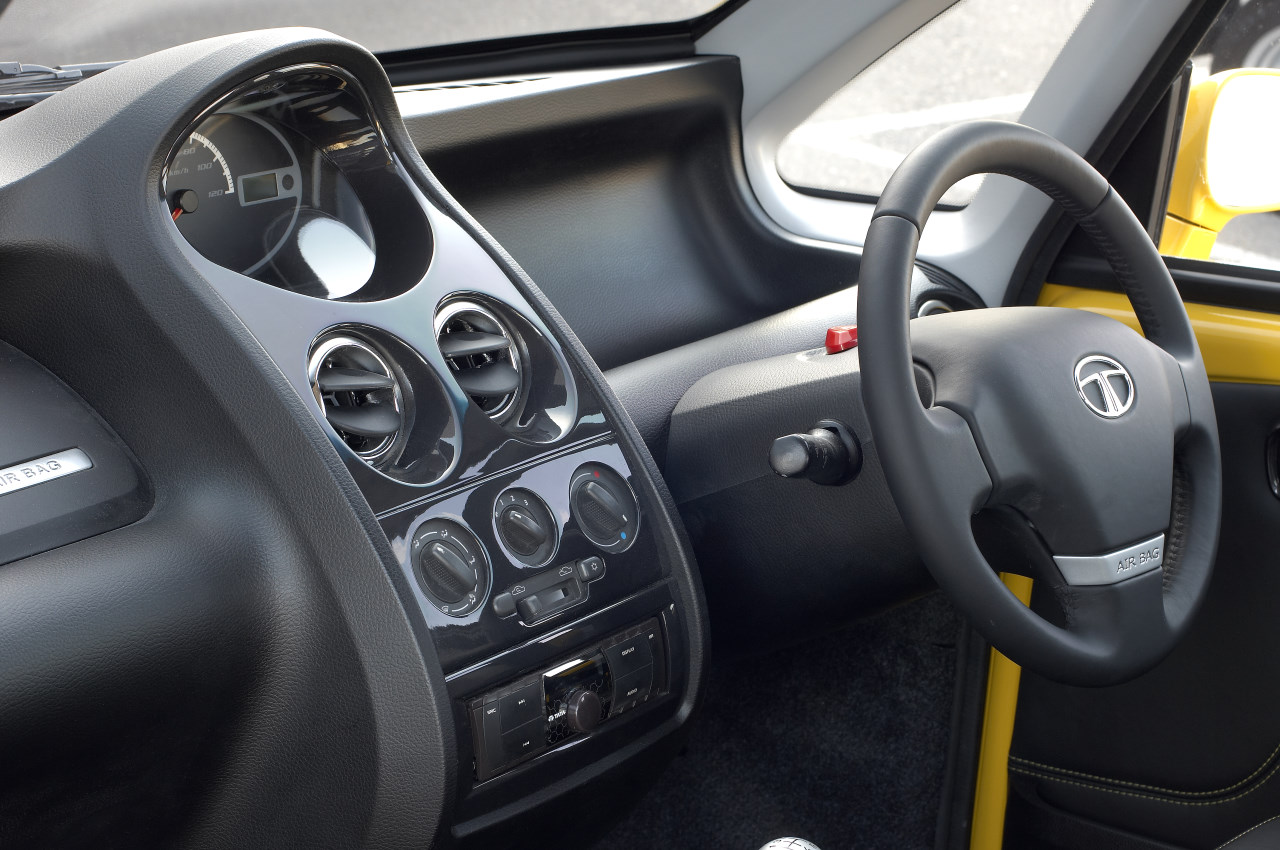 The Nano can hold four people and gets them in and out with four doors. The styling is very modern with a sloping front and sides highlighted with scoops low behind the rear doors. There is a hatchback with room for luggage in the back. The interior features adjustable bucket seats in the front and bench seats in the rear, cup holders, a cigarette lighter, mobile chargers and a map pocket. The Nano comes with a magazine holder and coin holder for all of its passengers. The trunk has 5.3 cubic feet of storage space.

The Nano has a number of cost-cutting features. The trunk can only be opened from inside the car. The rear hatch doesn’t open. The Nano only uses one windshield wiper. Each wheel only has three lug nuts. There are no airbags on any Nano.

In a car this small, safety is a concern for the buyer. The Nano is equipped with laminated windshield, door locks for driver and passengers, booster-assisted brakes, seat belts and body strength reinforcements such as an intrusion beam.

Tata Motors Limited, headquartered in Mumbai, Maharashtra, India, introduced the Nano in 2009 with the goal of giving buyers who could only afford a motorcycle a chance to buy a car that would carry four people inside, out of the weather.

Historically, diesel vehicles have always been favoured by frugal and climate-conscious motorists. This was at a time when petrol was the only alternative fuel source, however, with diesel offering far superior fuel economy and a lower rate of tax to drivers. In 2018, the landscape has changed considerably, with the tax advantages once associated with…