Just a year ago the Violkswagwen had led to the debut of the seventh generation of the Golf. In 2013, the range of Volkswagen’s best-selling of all time (and the best-selling model in Europe) was expanded with the launch of the versions GTI, GTD, and Variant TDI BlueMotion. But the big news for Golf (“great” in all senses) is expected in the coming weeks. 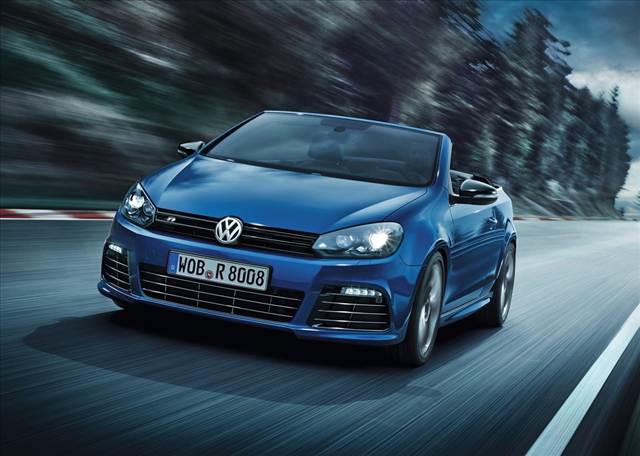 This is the new VW Golf R MY 2014, the ultra-sporty variation of the “Queen of Wolfsburg.” At this time, Volkswagen announced that the car will be unveiled officially to the next Frankfurt Motor Show, scheduled for September 10 to 22. At the same time the announcement of the presentation will be in Frankfurt (which confirms our indiscretions last February), Volkswagen has released the first image of the new Golf R. At the level of the car body, which keeps the size of the 3-door versions (4.27 m long, 1.80 m wide and 1.44 m high and 380 liter boot capacity which becomes 1,270 with the rear seats fully lowered), the design is by Walter De Silva, which now has a decidedly “racing” appearance: new design bumpers (with the rear diffuser that incorporates a new, lower design), twin tailpipes in stainless steel, side “skirts”, a new development “U” for the daytime running lights, bi-xenon headlights, LED rear lights with plastic burnished and new 18 “wheels from the five-spoke design (on request you can get 19”) fitted with tires 225 / 40. The color palette has 8 colors, including the new Lapis Blue Metallic. 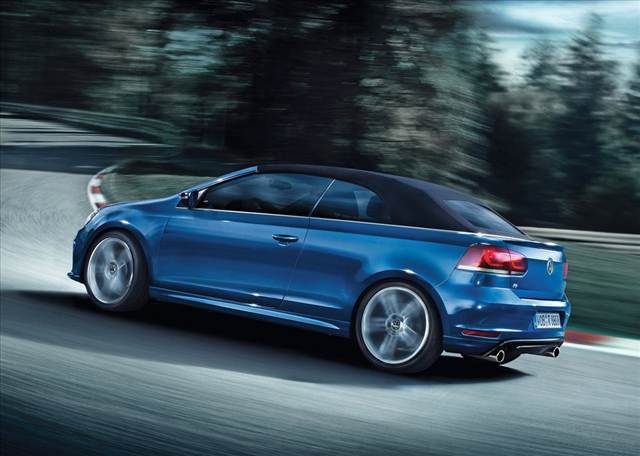 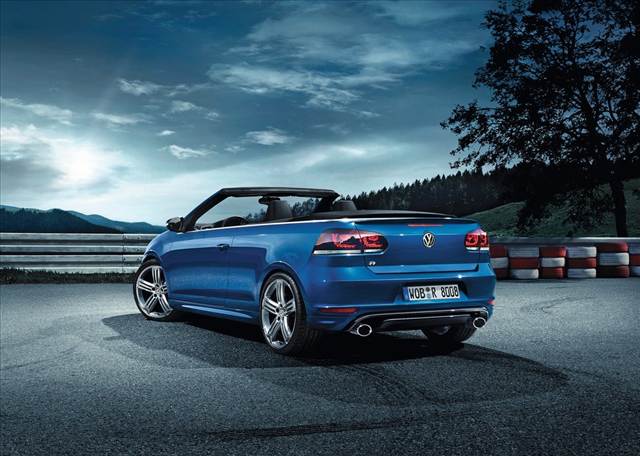 Regarding the interior, bucket seats are upholstered in fabric and there is a Alcantara sport steering wheel three-spoke leather, carbon fiber inserts, automatic climate control and touchscreen controls for the audio system and infotainment. The most tempting is contained in the powertrain setting. As with previous versions, the “R” MY 2014 will maintain the image of most powerful Golf, with the difference that the previous 272 hp now has been increased to over 300 hp and 380 nm of torque, thanks to the new 2.0 Tsi whose actions follow those implemented for Audi S3. The transmission (manual transmission or a 6-speed DSG dual-clutch 6-speed) is combined with permanent four wheel drive and 4Motion Haldex clutch. Power and traction will be manageable through a new sports suspension, lowered by 20 mm, and adaptive DDC, the new progressive steering and, for the first time, the “Race”  driving mode and the ability to disable the Esc Sport. 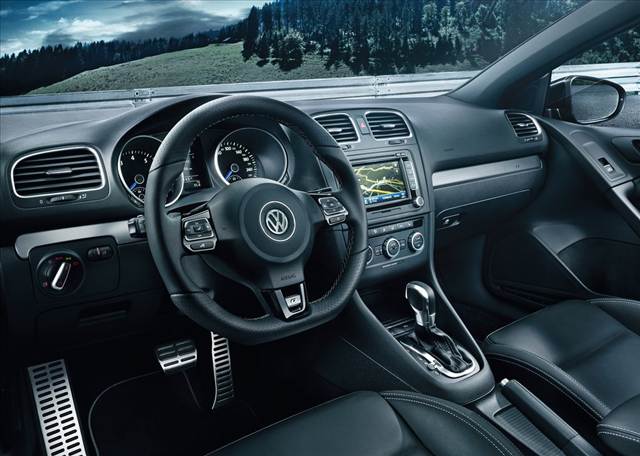 The reported performance by the new Volkswagen Golf R is of the authentic GT: top speed 250 km / h (electronically limited) and acceleration 0-100 km / h in 5.1 seconds. Data that are not going to impact heavily on fuel consumption and emissions are: the Golf R, 2014, thanks to the Start & Stop system and energy recovery is indicated for 7.2 liters of petrol per 100 km (instead of the previous 8.5 ), down to 6.9 liters in the version equipped with DSG.

These two new car models coming from BMW are hybrid versions of two sporting sedans that are a favorite in the auto community. This too good to be true development will be launched in the county this year. According to their developer, the hybrid cars are considered to be a milestone for those who want…