Waiting for the next summer, the second generation of Japanese supermini sports car shows off a very original design and offers fuel consumption that is really ridiculous. 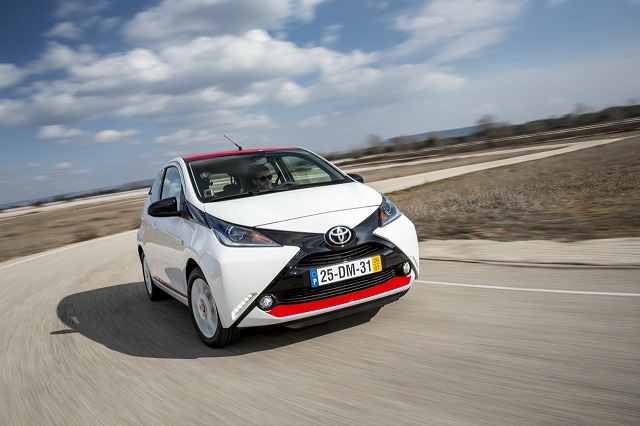 After making its debut in March at the Geneva Motor Show, the second generation of the Toyota Aygo has started its production cycle plant in Kolin in the Czech Republic as the car it replaces. Aygo is manufactured by the now-established joint venture between the Japanese manufacturer and the PSA Group (Peugeot – Citroen), which since 2005 produces models Citroen C1, Peugeot 107 and Toyota Aygo. With the debut of the new model, the home of the three ellipses expects to sell around 80,000 units per year starting in 2015, thus aiming for at a market share of 6%. 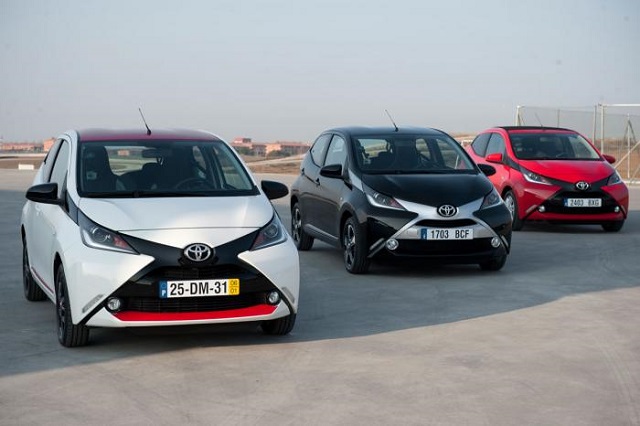 Longer than the previous edition by only 25 mm, lower for 5 mm and wider for 8 mm, the new Toyota Aygo 2014 is more comfortable and at the same time more sporty. Aesthetically, the sports car is completely redesigned and has highly original shapes. The front is characterized by the unusual X design that gives a strong dose of personality and dynamism to the car, incorporating a range of components such as elongated projectors, side mirror caps and circular fog lamps positioned in the lower part of the muzzle, in turn lapped by the daytime running lights with LED technology. The lateral area is distinguished by a very high belt line, while the back view shows a large rear window and rather inclined one, that can be opened for access to the rear boot and is delimited by the long projectors that develop in the vertical direction. 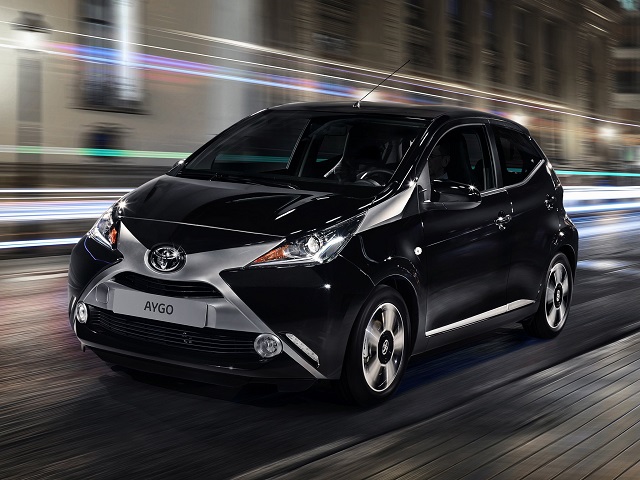 Both the interior and exterior of the new AYGO have been designed to allow a wide range of combinations: in fact, more than 10 parts of the vehicle can be easily replaced in a short time, even after years of purchase, with huge economic benefits.

Turning to the mechanical part, the Aygo 2014 brings with it an improved version of the previous 3-cylinder petrol 1.0-liter VVT -i Toyota engine, which can be matched to the classic five-speed manual gearbox or automatic transmission as an alternative to the x-shift. With this engine, the car promises fuel consumption of just 3.8 l/100 km, while the emissions declared totaled about 88 g /km of CO2 , which is among the best in its class. 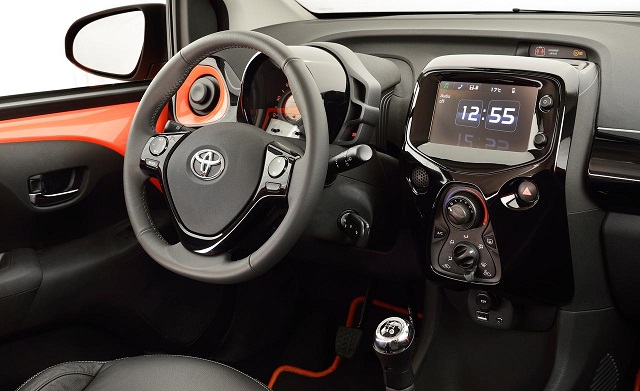